If I were someone like Judy Blume this month’s blog entry would instead be called “Summer Break”.  A reference to school emptying into months of unstructured play; also the weight of cast plaster on my right arm.  No baseball, no cartwheels, no catching lightning bugs.  It’d be the summer I spend reading, when I befriend the insightful aged camp custodian whom my fellow campers laugh at. 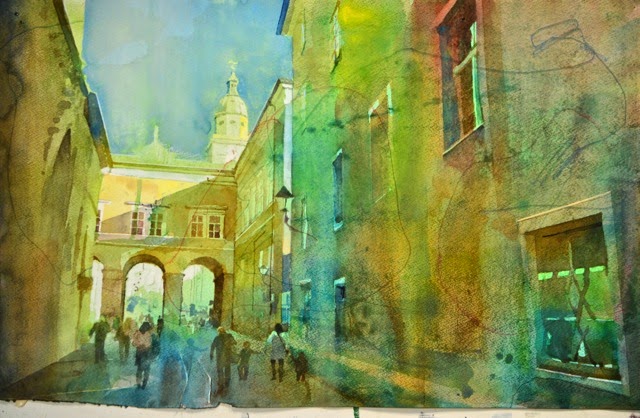 Thankfully I only broke my finger (jammed and now reconstructed).  Summer too has broken but it is meteorologically late.  So the colors of summer are still early and unfaded.  They arrived atop my daughter’s toy-like zinnias.  There’s the yellow slip n' slide and the blue blow-up pool, colors that escape nature’s range between the pickets of my neighbors’ fence.  And there’s my healthy left hand. 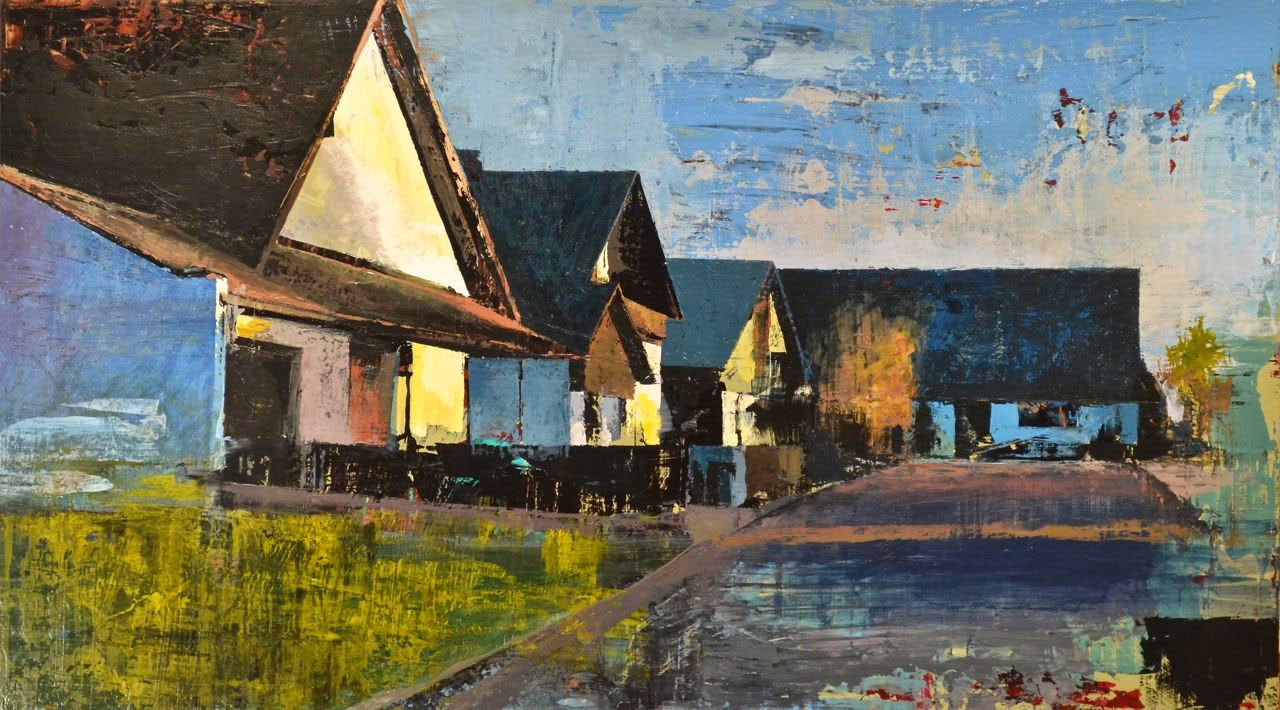 “All summer long” is a group show now thru August 30th at the Davis Gallery in Austin.  I have there a few new acrylic paintings that have summer in mind.  And I just learned a second solo show of my work at Hooks Epstein in Houston will take place this upcoming October.
Share Share on Facebook Tweet Tweet on Twitter Pin it Pin on Pinterest
Back to Vanishing Point
illiana
kale
favorite tree