It has been a week since the passing of Sri Sathya Sai Baba.  Sai Baba, as he was more commonly known, was a being of light whose life shined in such stark contrast to that of another leader whose death is marked by today's date.  I'd rather not reference this second leader.

Darkness and lightness has held my interest for the past year, and the manner in which paint can illustrate these qualities.  More specifially, I've been interested in the opposing natures of watercolor and oil, how they layer in an opposite fashion, and how light is absence in one and substance in the other . 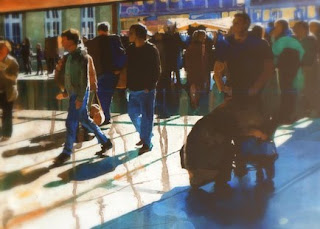 These are some magazines who have been generous in featuring my work over the past few months.  American Art Collector (shown here at the bottum) can be purchased off the shelf of most big book stores, but you better hurry as many are shutting their doors.
For a copy of Aspekt Ratio you can visit Berlin, and for UNO magazine stop by Barcelona. 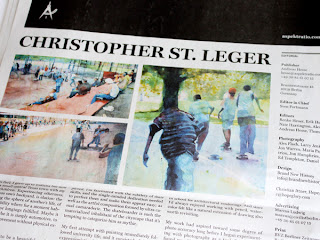 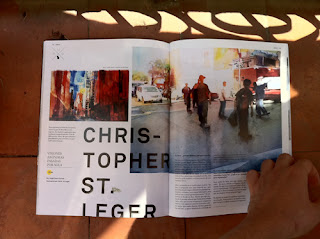 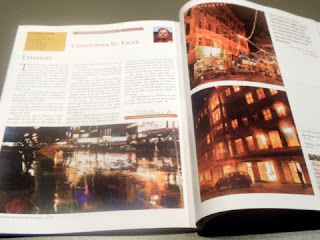 And don't forget about Davis Gallery of Austin.  May 14th from 7-9 pm is the opening of a six-week-long show of my new work and that of David Leonard.  Here is a new painting by David Leonard. 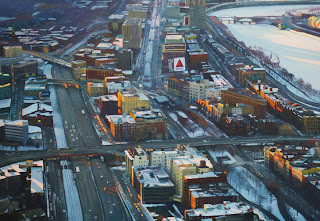